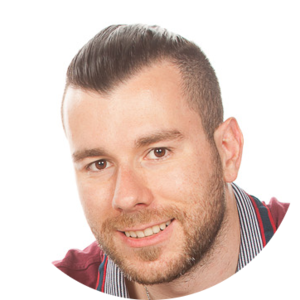 Simon Slavchev
I eat, sleep and breathe creative content writing!
CopywritingWritingEditing & Proofreading+20
Hey, Does your business need more oomph when it comes to writing? Are yo...
View profile

View all freelancers from Bulgaria

Bulgaria is a country in the Balkans, a peninsula in Southeast Europe. Its population is about 7 million citizens, and its area is 42,855 square miles. It has a rich ancient history and boasts a wide natural variety, from the coast on the Black Sea to three major mountain ranges. The Balkan Mountains split the country in two, and give their name to the whole region.

The economy of Bulgaria is rated as an emerging market, with payment rates in the upper-middle bracket. The country transitioned to a democratic regime with a market economy after 1989, and has been a member of the European Union since 2007. Bulgaria’s top exports include copper, oil products, and agricultural goods. It’s famous for its production and export of rose oil and lavender. In terms of infrastructure, the transport system is in development. Still, the country is a central hub for the Balkan region.

Bulgaria’s population is highly urbanized, with 72.5% of people living in urban areas. About 20% of its citizens live in the capital Sofia, which has an estimated population of 1.5 million people. Other major cities include Plovdiv, Varna, Burgas, Ruse, and Stara Zagora. However, none of them reaches even half a million citizens.

After a difficult transition from the communist regime and economic turbulence, Bulgaria’s unemployment rate is still rather high. More than a million of its citizens left the country between 1990s and 2005 to seek employment opportunities and a higher standard of living. The migration rates today are much lower, and more young people stay in the country. For many of them, international freelancing is a viable option for employment. This provides them with better opportunities to use their knowledge and skills for fair compensation.

The official language in Bulgaria is Bulgarian. The literacy rate is 98.4%. Young people in urban areas speak English, and it’s commonly used in business and education.

The country has a number of proven higher education institutions. The top universities include the Sofia University, the New Bulgarian University, Technical University in Sofia, the University of National and World Economy, and American University in Bulgaria. They attract students from the entire Balkan region. Graduates study in reputable programs in economy, business management, and IT. Foreign students often choose medical programs in Bulgarian universities. These educational opportunities create a large market of freelancing talent in web development, customer support, IT, marketing, and related fields.

Income levels in Bulgaria are lower than average for the European Union. The median monthly salary is around 900 BGN, or $490. There are huge differences between industries, with the service sector payments going as low as $200 per month, while business executive positions reach $3,000.

Most Bulgarian freelancers who offer their services internationally are rather young, since older generations rarely speak English. Remote workers are typically located in urban areas, which means their payment expectations would be similar to the salary level in their cities. On average, a Bulgarian freelancer would aim for an average income of $1,000 per month. IT and software development specialists would expect double that amount.

The currency in Bulgaria is Bulgarian Lev (BGN). The current exchange rate is 1 USD to 1.85 BGN.

Online payments can be made through all major services like PayPal, Payoneer, and Transferwise.