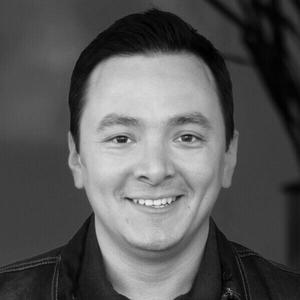 View all freelancers from Colombia

Colombia, considered a transcontinental country, is located in South and Central America. Its territory is 440,831 square miles and the country has almost 50 million inhabitants. This makes it the third largest country after Mexico and the USA in terms of Spanish-speaking population. Colombia has diverse natural zones, ranging from tropical forests and savannas to deserts and mountains. This makes it rich in wildlife and a popular destination for adventurers from all over the world.

Similarly to other South American countries, Colombia was colonized by the Spanish in 1499. It regained its independence in 1810. A blending of local tribes and Spanish immigrants formed today’s Colombian culture and lifestyle. That’s why, even though Spanish is the official language, there are 67 different languages spoken by different ethnic groups across the country.

Colombia has a market economy that has seen steady growth in recent years. It used to be a large agricultural producer, but has moved to industrialization in recent decades. The land is rich in natural resources. Its main exports include oil, stones, metals, minerals, a number of agricultural products, and chemicals.

About 76% of Colombians inhabit urban areas. The capital, Bogotá, is home to about 8 million people. More than 70 cities in the country have a population above 100,000. Colombia has a number of large metropolitan areas, including Medellín, Cúcuta, and Valledupar. It is the country with the largest number of internally displaced people—about 5 million.

With considerable unemployment rates and often unpredictable economic changes, many people struggle with finding the right professional path in the country. For young and educated Colombians, freelancing has become a good opportunity to ensure a satisfying and well-paid job. Remote work is popular in urban areas and with English-speaking professionals. Many talented people seek freelance opportunities in IT, software development, design, marketing, and customer support.

Spanish is the official language in Colombia, though there are 67 other local languages that are spoken by different groups. English is commonly used for international business, education, and trade. The literacy rate is 91.4%.

There are a number of prestigious universities in Colombia that are a top choice for local and international students alike. Some of the best higher education institutions include Universidad Nacional de Colombia, Universidad de los Andes, Universidad de Antioquía, and Pontificia Universidad Javeriana. They have competitive programs in business and management, arts, and technologies.

The currency in Colombia is the Colombian peso (COP). The exchange rate is 1 USD to 2,867 COP.

You can make international online payments to and from Colombia via most major services like PayPal, Payoneer, and Transferwise.