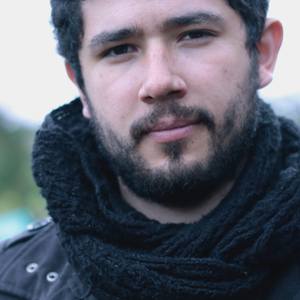 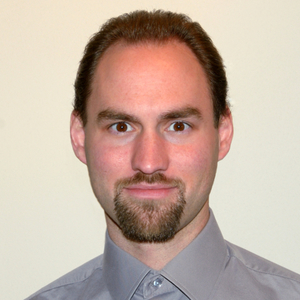 Ted Moravec
Software Engineer - Network and Distributed Applications
Web DevelopmentCSSHTML5+9
"I have one goal: To produce a significant return-on-investment for you ...
View profile

View all freelancers from Czech Republic

full time
Adobe Experience Manager (Front-end Developer)
Andersen
Vue.jsFigmaAdobe Experience Manager+9
Andersen, an international IT company, invites a skilled **Adobe Experience Manager (Front-end Developer)**to work on a large-scale internal project for a Swiss enterprise-level company. The project is under a strict NDA. The customer is a leading international tobacco ma...
View job
hourly
$20/hr
HR Area Assistant Manager
E-moderators
HR (Human Resources)ManagementCustomer Service
Company in the websites management sector operating in several countries worldwide requires an assistant manager to work from home with a native level of the Czech language. No experience needed, free and personal training will be provided. Hourly contract, no limit of du...
View job
full time
Digital Product Owner
Andersen
ReduxNode.jsReact
Andersen, an international IT company, invites an experienced _Digital Product Owner_to work on a project in the field of Real Estate. The task is to create an ecosystem via which clients can make virtual visits to their dream property, book online appointments with mortg...
View job
fixed price
Upgrade a Ruby on Rails 5 application to RoR 7
Euroinstitut
RubyRuby on Rails
We are looking for a full stack developer to review and upgrade existing Ruby on Rails application written in version 5. We need it upgraded for version 7 and most recent Ruby. We also want to switch design template to a new one and make some UI changes (javascript).
View job
View all jobs in Czech Republic

The Czech Republic is located in Central Europe, and has a territory of 30,450 square miles. Its population is 10.5 million people. The country has a continental climate and is landlocked between Germany, Austria, Slovakia and Poland. It has a number of national parks where the local flora and fauna are protected.

The land of the current Czech Republic has been inhabited since the Paleolithic era. Later on, Slavic tribes moved in the territory, forming Bohemia in the ninth century. After World War I, the country was joined with present-day Slovakia to form Czechoslovakia. The two states split peacefully in 1993 after the fall of Communism in Eastern Europe. The Czech Republic joined the European Union in 2004.

The economy of the Czech Republic is rated as developed and high-income. The country is the top performing one among the ex-Communist states in Europe. Its main export partners are the rest of the countries in the European Union. The most developed industries are the automotive and transport, as well as agriculture.

About 73% of Czechs live in cities. The capital Prague is home to more than 1.3 million people. Almost 400,000 is the population of the second largest city, Brno. Other important cities are Ostrava and Plzen.

Czech is the official language in the Czech Republic. Many young people speak English and German, while older generations are often well-versed in Russian. Slovak is also commonly used because of the proximity of the languages, as well as historical and geographical factors. The literacy rate in the country is 99%.

The Czech Republic has a long tradition of excellent higher education institutions. Its top universities today are the Charles University in Prague, Czech Technical University, Masaryk University, and Brno University of Technology. They offer top technical and engineering programs, as well as high quality training in sciences and business. Students from all over Europe choose Czech universities for a semester abroad, or even for their whole studies.

Many well-educated Czech professionals choose freelancing as a viable alternative to their local job markets, which can be tight at times. They offer top freelance software developers, project managers, customer service reps, and marketing experts. The artistic flair is not foreign to the Czech, so you can also find excellent freelance graphic designers and advertising specialists.

The currency in the Czech Republic is the Czech Koruna. The exchange rate is 1 USD to 22.19 CZK.

You can make online money transfers to and from the Czech Republic using popular online payment services, including PayPal, XE money transfer, Payoneer, and Transferwise.