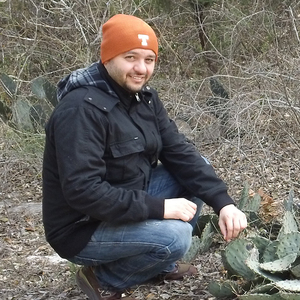 View all freelancers from Ireland

full time
Executive Game producer
Magic Media
WaterfallJIRAAgile
https://starloopstudios.com/ a Magic Media Group Company is a leading game development outsourcing company with offices in 10 countries around the world. With a HQ in Spain, we’re known for exceptional talent across a plethora of outsourcing services. Starloop was born 10...
View job
full time
$25/hr
Social Media Specialist
Dream Creative Academy
Social Media OptimizationSocial Media ManagementSocial Media Marketing
Dream Creative Academy is looking for a driven personality to help service our social media needs. The job consists of advertising, producing and sharing content as well as community management on our social media profiles. You should be organized, a quick learner and com...
View job
full time
$28/hr
SEO Specialist - Remote
Dream Creative Academy
SEO (Search Engine Optimization)
We're looking for a search engine specialist to help optimize our search engine rankings. You will be hands on working with us to ensure that we maintain a strong presence in the online searches of our potential customers. Dream Creative Academy has been offering in-house...
View job
View all jobs in Ireland

Ireland, or Eire, is a country located on the island of Ireland in the North Atlantic. It shares the island with Northern Ireland, which is a part of the United Kingdom. The territory of the Republic of Ireland is 27,133 square miles, which is home to 4.7 million people. The Irish coastline is 1,738 miles long. The country has a number of mountainous regions, as well as many lakes and rivers. It is known for its beautiful and pristine nature.

Ireland has strong historical ties with the United Kingdom. It regained its independence in the period 1916-1921 and declared its new constitution in 1937. The country joined the European Union in 1973.

For centuries, agriculture has been in the center of Irish economy. Since the 1980s, it was modernized, and the current important sectors include technology, construction and services. Ireland is a major exporter of pharmaceutical products, medical technology, and software. Many large multinational companies are based in Dublin. The Irish capital is also an important financial hub.

The country is urbanized, with about 64% of people living in cities. Dublin is home to almost 1.2 million citizens. The Dublin metropolitan area has a total population of two million people. Cork, Limerick and Galway are other important cities. There are a number of smaller cities and towns spread out on Irish territory, but most densely in the Eastern part of the country.

The national language in Ireland is Irish, but English is the dominant one, so the country is bilingual. The literacy rate is 99%. English is the common language that the Irish use in everyday life - in education, trade, and at home. However, they study Irish in school, so that the native language is not lost.

Many young Irish professionals turn to freelancing due to its flexibility and income opportunities. With their extensive knowledge and skills, they offer top services in IT, business management, advertising, and marketing.

Ireland uses the common currency in the European Union, the Euro. The current exchange rate is 1 USD to 0.85 EUR.

You can make online money transfers to and from Ireland using popular online payment services, including PayPal, XE money transfer, Payoneer, and Transferwise.