Ahiezer G. Coronel
Translator. Event Planner. Writer. Coach.
CopywritingCustomer ServiceMicrosoft Office+8
I am a skilled and academic individual born in Venezuela but based in It...
View profile
$30/hr 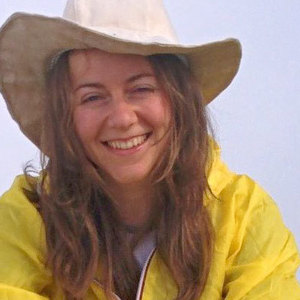 View all freelancers from Italy

Italy is situated in southern Europe on the Mediterranean Sea. Its 116,347 square miles are home to 61 million people. The climate is temperate and Mediterranean. In addition to the Italian peninsula, a number of islands are a part of the Italian territory, with Sicily and Sardinia being the largest. The country has extensive coastlines, as well as mountainous regions in the central and northern parts. It is an attractive tourist destination, famous for its natural beauty, culture, and cuisine.

Italy has a capitalist mixed economy that ranks eighth in the world. It is a member of G7 and the Eurozone as well one of the most industrialized countries. It’s a major manufacturing and exporting player due to its well-developed machinery, automobile, fashion, and food sectors. Italy is also the biggest producer of wine worldwide.

Urban areas account for 69% of Italy’s population. The distribution of its citizens is uneven, with most people living in the Po Valley and the metropolitan areas around Rome and Naples. About three million Italians live in Rome, and 1.3 million in Milan. Naples, Turin, and Palermo are also significant cities.

For many young Italians in urban areas, freelancing is a viable work option. It allows them to keep their flexibility, which is especially important for professionals in the creative sectors. At the same time, they gain access to international job markets. This is especially useful in light of recent recession and unemployment problems. Italian professionals offer top freelance services in fields like creative arts, technology, IT, marketing, and design.

Italian is the official language in Italy. There are 12 minority languages recognized in the country, including German and French. The literacy rate is 99.2%.

Italy has a long tradition of higher education. The oldest university in Europe is in Bologna and was founded in 1088. The University of Padua was created in 1222, and the University of Naples in 1224. Currently, the top universities in the country are Scuola Normale Superiore di Pisa, Scuola Superiore Sant'Anna, Politecnico Di Milano, University of Bologna, and University of Trento.

Studying at Italian universities is preferred by a number of international students who want to benefit from the high-quality educational system while enjoying the beauty and culture of the Mediterranean. Top university programs include technology, IT, design, and marketing.

The currency in Italy is the Euro, the common European Union currency. The country transitioned from the Italian lira in 2002. The exchange rate of the Euro is 1 USD to 0.944 EUR.

You can make online payments to and from Italy via almost all major international systems like PayPal, Payoneer, and Transferwise.