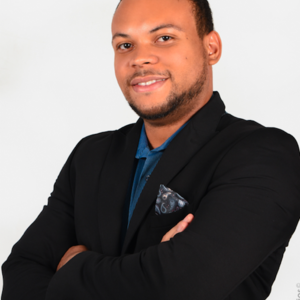 View all freelancers from Jamaica

Jamaica is an island country in the Caribbean Sea located near Cuba, Haiti and the Dominican Republic. It is the third largest island of the Great Antilles. Its territory is 10,990 square miles. The population is almost three million people. The island is mostly mountainous, but because of its long coastline, it has a number of breathtaking beaches and resorts. With its tropical climate, Jamaica has diverse and beautiful nature. It is one of the popular tourist destinations for travellers around the world.

The indigenous people of Jamaica are the Arawak and Taino. They were colonized by the Spanish when they arrived in the Caribbean in 1494. The island was then called Santiago. After 1655, Jamaica was under British rule. During this time, many African people were brought to the island as slaves. That’s why today’s population is largely from African descent. In 1962, Jamaica claimed its independence from the United Kingdom.

Even though the country is rich in agricultural production and natural resources, the Jamaican economy is among the slowest developing ones. Agriculture and food are its top exports, with sugar being a traditionally strong one. Bananas, coffee and rum are also popular Jamaican products. The island is a major exporter of bauxite and alumina. Manufacturing and construction are developing sectors that have a major contribution to the economy as well.

More than half of Jamaicans live in cities and towns, and the island is steadily becoming urbanized. The rest of the people who live in rural areas are usually working in agriculture. The capital Kingston is home to about 588,000 people. The other city, Montego Bay, has a population of 96,500 people.

There are two official languages in Jamaica - Jamaican Standard English and Jamaican Patois. Almost half of the population is bilingual. About 17% speak only English, while 36.5% speak only Patois. The literacy rate is 88.7%.

During British rule, a number of colleges were founded in Jamaica, which were the basis for the higher education in the country today. The top universities on the island are the University of the West Indies, University of Technology, and Northern Caribbean University. They offer competitive programs in business, technology, tourism and hospitality, music, and arts.

Because of the limited job opportunities, many Jamaican professionals prefer freelancing as a viable work option. It allows them to work with international companies, which also means better income. Top talents from Jamaica offer their services in IT, customer service, design, and translation.

The currency in Jamaica is the Jamaican Dollar. The current exchange rate is 1 USD to 127.877 JMD.

Money transfers to and from Jamaica can be done via most online services, including PayPal, XE money transfer, Payoneer, and Transferwise.