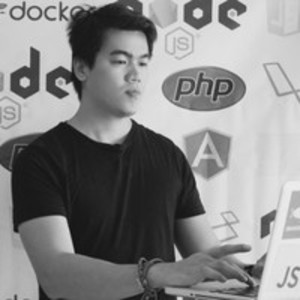 Kim Monzon
Full stack Developer With passion in AngularJS And Angular
JavaScriptPHPAngularJS+3
I am a developer who has been working for more than 7 years from various...
View profile

View all freelancers from Spain

With a territory of 195,360 square miles on the Iberian Peninsula, Spain is the largest country in Southern Europe and the fourth largest on the European continent. Its population is more than 46 million citizens. The Balearic and Canary Islands also belong to Spain. It is a transcontinental state, as it also has two cities on the African continent: Ceuta and Melilla.

Known for its warm climate and beautiful beach resorts, Spain is a popular travel destination for tourists from around the world. Its diverse environment boasts mountains, rivers, and numerous islands.

Spain is the fifth strongest economy in the European Union, as well as the sixteenth worldwide. Large Spanish companies in the fields of renewable energy, telecommunications, technology, and petroleum products operate on an international scale. Spain is a major exporter of agricultural products throughout the year, including citrus fruits, vegetables, and corn.

Almost 80% of the population lives in urbanized areas. The most important city hubs include the capital, Madrid, which is home to over three million citizens; Barcelona; Valencia; Seville; Zaragoza; and Malaga. Spain has more than ten other cities with over 300,000 inhabitants each.

Unemployment rates have been quite high in Spain for the last few years—in 2016, they stabilized around 20%. Self-employment is quite popular in the country with about 13% of the population registering as self-employed. These factors make freelancing an attractive alternative for many Spanish people. Young graduates often turn to remote opportunities, which allow them to practice their skills and earn good wages. Freelancing provides them with work flexibility and solid sources of income. Spanish freelancers offer top services in IT, design, and marketing.

The official language in Spain is Spanish. There are four other languages that have co-official status in different parts of the country: Catalan and Aranese in Catalonia, Basque in the Basque Country and northern Navarre, and Galician in Galicia. English is used in education, business, and tourism. The literacy rate in the country is above 98%.

Spanish universities are quite popular with international students. Some of them choose to complete their full degrees there, while others visit them for a semester through the Erasmus program. Spanish graduates get top education in business management, social sciences, and IT.

You can make online payments from and to Spain via all major services such as PayPal, Payoneer, and Transferwise, among others.