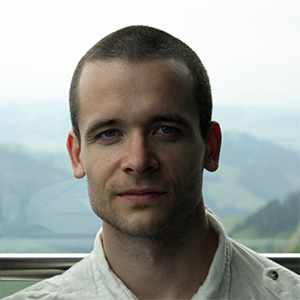 I’ve been writing code for 16 years. I’ve done a lot of programming in various programming languages but the most enjoyable for me is the development of mobile apps and specifically for iOS (I have done a few Android apps too).

I created my first iOS app back in 2011. Since then I've been doing iOS, Android and web development. For the last couple of years I've been working as a freelance iOS developer and doing all my work remotely.

My philosophy for programming (though I try to apply it to life too) is: if you're going to do something, do it well. I take ownership of my projects. I want the apps to perform well and smoothly. It's my app so it should be good, right?

To provide you an example of what I mean - my last project was an app where a sizeable chunk of it's functionality was a weekly calendar. I noticed that on a particular way of interacting with it (very quick swipes in a quick succession) there was a small delay of day scrolling when it hit the last (or first) day of the week and had to change the week. I started looking at other calendar apps and noticed that many of them also had the same kind of glitch. But there was one app which had very similar calendar UX to ours and worked smoothly - Apple's Calendar app. So I had to find out how they did it. In order to find it out I jailbroke my iPhone and used a custom signed debugserver to run Apple's Calendar with a debugger. That indeed helped me to figure it out and make the swiping as smooth as I wanted.