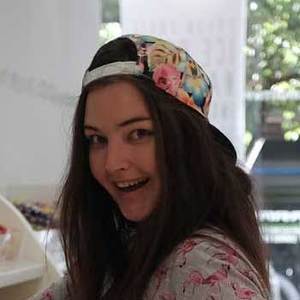 Since I started freelancing I've been roaming the streets of New York, San Francisco, London and Berlin.

But don't be fooled by my city hopping—I'm originally from a small island in the Baltic Sea where I was brought up on potatoes and common sense, my favorite fusion.

After I finished my masters in Edinburgh in 2011 I hopped on a plane to New York. Initially, I had my heart set on joining the ad world, but got sucked into the beautiful and chaotic world of tech and startups. And boom, just like that—it stuck with me.

Ever since my first gig at an eCommerce startup I've been fortunate enough to be exposed to a lot of fields besides content. I've dabbled in product development, UX/UI, graphic design, sales and customer support.

At the core, I'm a concept person who's all about great copy, useful content and figuring out ways how to make the worlds of marketing, design and product collide in the best way possible.