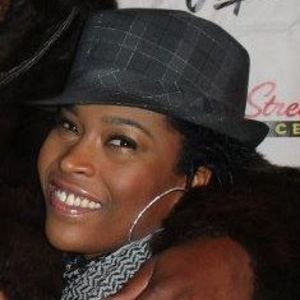 $35/hr
An eLearning creator who specializes in Instructional Design.
Invite to job

I have been in the eLearning industry for over ten years. After graduation in 2006, I landed a role creating web based learning modules for the military and government sector in Virginia. My first title was courseware developer. I became knowledgeable in the process of designing and developing user friendly interfaces, utilizing Adobe Photoshop and Flash among other graphic programs. I "mastered" storyboard implementation, and learned from and assisted the SCORM and LMS lead. During my tenure, our team received several awards for the training we created for newly deployed soldiers.

My second role found me functioning as a developer as well as artist. I worked on the back end with various programming languages including Actionscript, PHP, and HTML. and I created 2D and 3D animations for training demonstrations (including my first training video game- using the Unity game engine!). To further my study, I attended in-house training in 508 accessibility, Project Management, and QA.

The last position I held- before I became a freelancer- was at a major company called Booz Allen Hamilton near DC (you may have heard of Snowden). At Booz Allen, I was one of the first employees in the newly formed training department. Our job was to establish the department as a formidable asset to the company. In other words, we had the responsibility of ensuring that training services would continue going forward- and they have! We worked very hard to get the department started. As a result, we all trained in and took on various roles. I studied Instructional Design and filled a contract position as an ISD for a virtual reality project- using Second Life. In addition to the ISD role, I was involved in both the budget and schedule creation. As an ISD, I drafted the needs analysis document, conducted employee and department head interviews, and designed the process map and style guide. As the project progressed, I eventually became the liaison between the ISD and design team.

In 2011, a year after starting with Booz Allen, I was granted the ability to work remotely, due to my success at the company. I worked remotely as an employee for 5 years. I became a freelancer in 2016.

In my career, I have serviced several clients, worked for both large and small organizations, and have fulfilled many roles effectively and with dedication to excellence. After becoming a freelancer, I migrated from the government and military sector into corporate and K-12.

My tools of choice are the Adobe Suite, including Illustrator and Photoshop, and Articulate 360. However, I have used Camtasia, Lectora, and Adobe Captivate, among others. I know the foundations of instructional design and I stay abreast of the latest trends in eLearning.

My style is simple, both as a developer and writer. I love what I do and I love working with others to make it happen. I would be interested to find out more about the types of training the company provides.