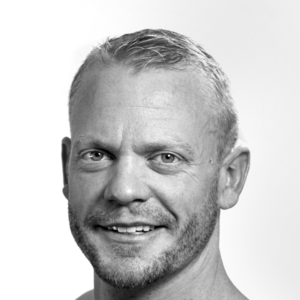 $55/hr
My ability to integrate quickly, connect with people and subsequently connect people.
Invite to job

While my formal education was mechanical engineering it is always been my soft skills that have set me apart. For nearly twelve years I had the pleasure of operating at the highest levels of NASCAR, SportsCar (IMSA) and IndyCar. During my time in that field, while I did not directly practice my formal education it was my knowledge of the field and ability to continuously learn that allowed me to navigate in that arena. Further it was my exceptional people skills, ability to build and cultivate relationships and finally my capacity to work both in a team as well as autonomously that set me apart in the roles that I’ve played.

Early on I started in technical support for Cosworth, doing so remotely and in-person for complex, top-tier data acquisition systems. During this time I developed in-depth expertise in to both the electronics that collect the data, the software that helped analyze the data and the mechanical systems that they observed. In doing so I cultivated my ability to teach. In a satellite office with no greater than 6 people I was able to wear many hats and proved effective in both a team setting as well as a completely independent operator. My crowning achievement with this group was my personally developed and managed support responsibility of the scrutinizing electronics for IMSA. I was a one-man show with complete autonomy; this was my baby, top to bottom. Here I wore all the hats.

I later moved on to another great name in the world of motorsports, Pratt & Miller Engineering. I had a secondary responsibility of reporting and statistical analysis for use with race strategy. However, where I really shined was in my primary role as the key partner liaison to my employer's prized client and NASCAR’s largest and prestigious organization, Hendrick Motorsports. It is in this role that I acted as an ambassador to both my company and the client, splitting my time between the two. Again I acted in complete autonomy for the time spent with the client. I had major success with overall customer satisfaction, product adoption and systems development. And again, it is my soft skills that allowed me to penetrate both companies in a manner rarely seen, building bridges where none had existed. Finally, towards the end of my tenure, I was given the honor of managing the development of a software suite for race strategy and predictive modeling, a highly critical toolset. And while not a developer myself I was able to manage both a data scientist and 2 developers along with the relationship with the end-users. I took over a task that had a history of failure and in one third the amount of time expected delivered where no one was able to previously.

Throughout the years I have also maintained an llc. for side projects and moonlighting opportunities. Here I mainly acted in the capacity of a consultant for both product development as well as some low-level graphic design work.

Throughout my career I've continuously proven to be effective and efficient, proactive and responsible, comfortable where most are not and most notably adept at building relationships. I will maintain this tradition as I continue to learn and grow both as a person and a professional.

Thank you for your time and consideration.